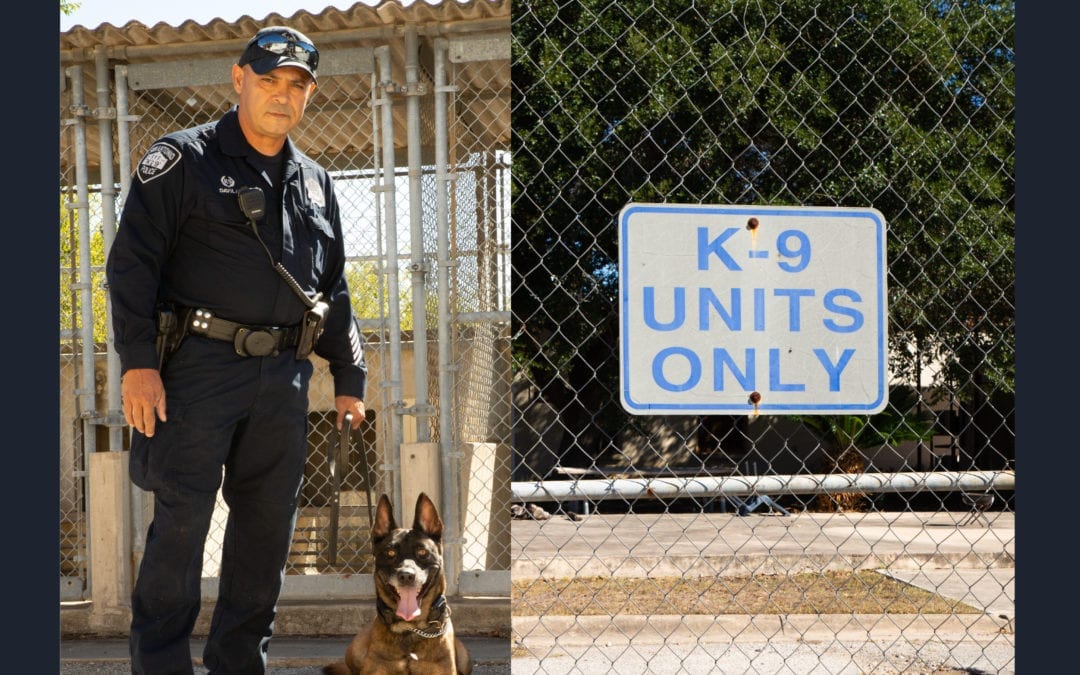 Arrow, a member of the SAPD K-9 unit for 2 years is a 4-year-old Belgian Malinois. His handler, Officer Davila, has been a part of the K-9 unit for 8 years and hasn’t turned back. He’s been working with his K-9 Arrow for a little over 2 years now. Arrow “likes to find drugs and people, he’s pumped and very enthusiastic to work.”

When asked what his favorite part about working in the K-9 unit was, Officer Davila said he likes to work with dogs and that “actually seeing the dogs work and find narcotics and find people is really kinda cool. It’s rewarding whenever you find the person that nobody else could find and you find them, or they suspect someone has narcotics and they look, and they can’t find them, and they call us, we get there, and the dog can tell them exactly where it’s at.”

The K-9’s are not just helpful in finding criminals or narcotics, they also play a large role in protecting their officer from harm. When asked if there are situations in which his K-9 keeps him out of harm’s way, he said “every time we find people, the dog tells us way ahead of time, before we know the person’s there the dog lets us know so our awareness becomes heightened, so yes almost every time we find a person.”

Officer Davila spent many years on patrol as an SAPD officer before joining the K-9 unit. When asked why he initially decided to become a part of the unit, he replied “After I had spent time on patrol, I wanted to try something different and I’ve also had an interest in dogs.” Well his interest in dogs and wanting to try something different has created an unbreakable bond between him and Arrow and has given SAPD an unstoppable team of two who work hard every day to keep our city safe.