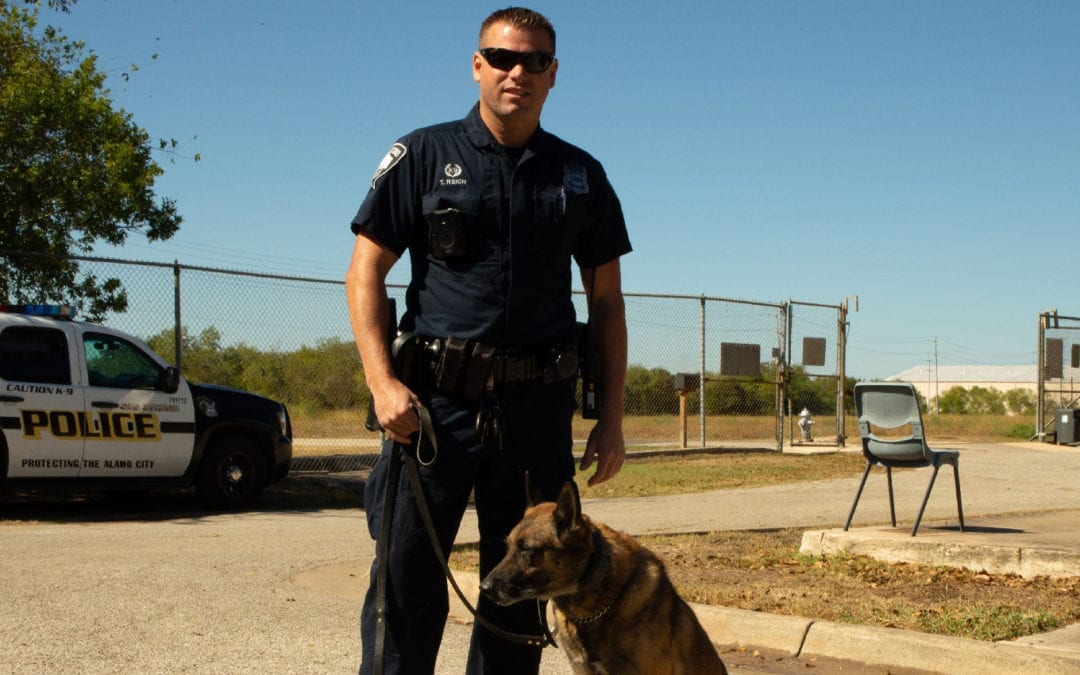 Growing up with hunting dogs and being around dogs for most of his life, Officer Travis Reich looked at joining the K-9 unit as an opportunity to work with animals while continuing to serve his community. Officer Reich has been working in the Police Department’s K-9 unit for 5 years alongside his K-9 partner Wylie, an 8-year-old Belgian Malinois.

There are advantages to working with this group of skillful K-9’s. When asked about his favorite part of the job, Officer Reich said he enjoys going out to search with Wylie. “We find things that we normally wouldn’t find without the dog,” says Reich, “and we get the reward of finding what we’re looking for, whether it be narcotics or suspects.” Unlike their human counterparts, K-9’s rely 100% on their smell when searching. The dogs get weekly training to keep them at the top of their game and are trained to scratch and sit to notify their handler they have found something.

As far as Wylie’s favorite part of being in the unit, Officer Reich mentions how his K-9 partner gets excited to start the workday. “These dogs are working dogs. When I walk out of my house and he sees I have my uniform on, that’s the most exciting part of his day,” he says. Belgian Malinois are known to be a hard-working, protective and an alert breed, making them the perfect fit for the job.

The unit receives their K-9 from overseas and assigns them to the officers at 2 years. Officer Reich mentioned that every officer has a specific dog that only they work with. “I can’t work with another guy’s K-9,” he says, “they’re very specific to us and very loyal to us, so my dog doesn’t work well with others. As time goes on, they tend to get a little more understanding but for the most part we only work with our dogs.” Officer Reich and Wylie are proud to work for the people of San Antonio and look forward to many more years of service together.