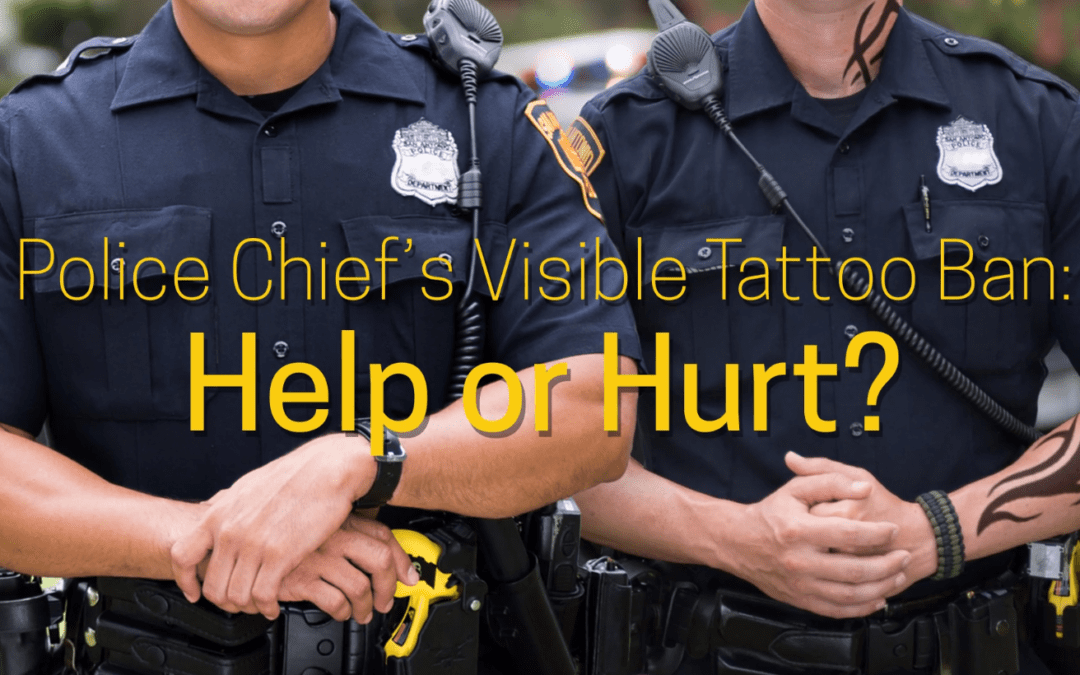 Does the Chief’s SAPD police tattoo ban help or hurt?

In 2014, Chief McManus banned San Antonio Police Officers from having visible tattoos. Officers with arm tattoos were allowed to wear sleeves to cover them, but hand or neck tattoos that could not be covered, had to be removed at the officer’s expense.

At the time it went into effect, the tattoo ban affected nearly 12% of the police force and impacted recruitment. While the Chief’s visible tattoo ban policy was similar to tattoo bans in Dallas and Houston, it differed greatly from Austin’s policy, which allows visible tattoos as long as they’re not offensive. Since the Chief’s ban went into effect there have been some complaints from officers with tattoos, while other officers are ok with the ban.

Many cities around the country have tattoo policies similar to Austin’s because they recognize that tattoos are more common nowadays among young people, the key target demographic for department recruiting, and with military veterans trying to enter a career in law enforcement.  In July of this year, the Chief revised his 2014 ban, allowing officers with visible tattoos on their arms to wear short sleeves, but this only applies to four months of the year.