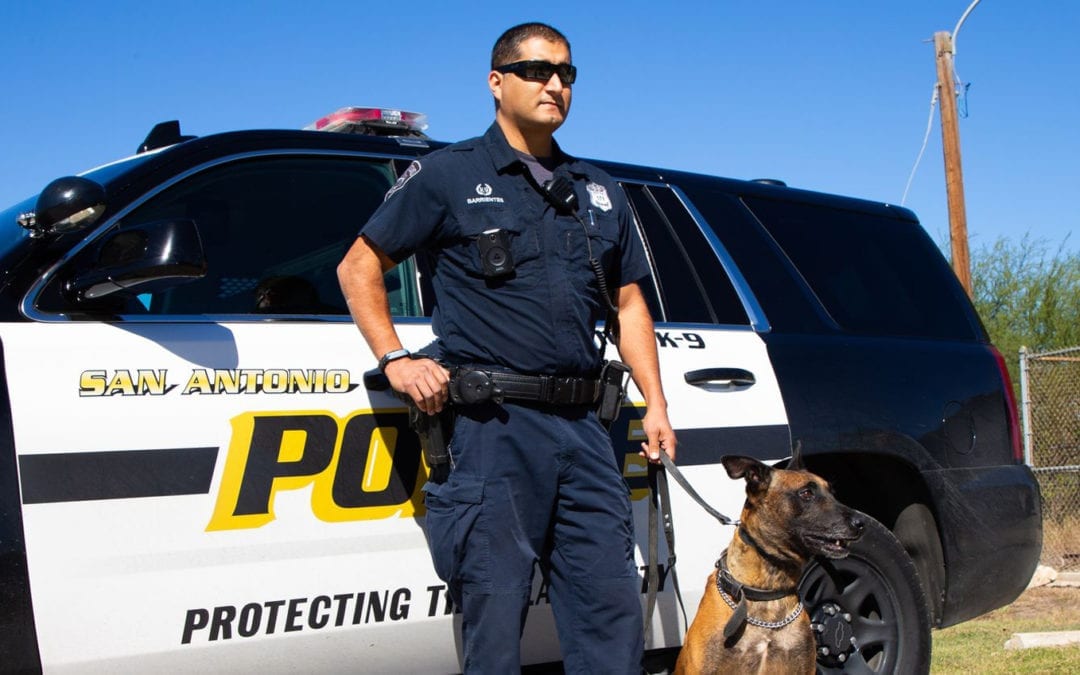 All About Officer Barrientes and his K-9 Partner Falco:

It’s certainly not an ordinary dog’s life for Falco. He has spent the past 2 years protecting and working alongside Officer Barrientes. When the pair finds themselves in harm’s way or on a difficult mission, Falco is the first to put his life on the line to protect his partner.

Officer Barrientes has been working in the K-9 unit for 7 years. He says his favorite part about the job is that “We tend to see a little bit of different things than patrol gets to see and we work with some other agencies that patrol doesn’t get to work with.” In other words, Officer Barrientes credits this specific unit with providing a little more opportunity than the others.

With opportunity comes risk though, and that is where Falco comes in. Unlike the average house pet, Falco wakes up and goes to work. He is specifically trained to be watchful, loyal, and protective of his handler. When asked if he has ever been in a situation where Falco has prevented him from getting in harm’s way, Officer Barrientes emphasized that that’s part of the job of the dog – “It makes our job safer because the K-9 acts as a deterrent.”

It is definitely a unique way of life for Falco, but it is what he is used to. Officer Barrientes explained that “You really don’t want to treat them as a pet, they’re more of a tool.” At home, Barrientes and Falco may play fetch in the backyard to get some exercise, but it’s not like a normal pet. In fact, after a hard day’s work, Falco’s favorite thing to do usually is just sleep.

Officer Barrientes still allows for a good time on the job. It is certainly a better gig to work alongside man’s best friend than solo. Barrientes wanted to join the K-9 unit to begin with because “I’d seen the guys doing the searches with their dogs and that looked like fun.” The main reason he became a police officer though was to help people. He says that’s why most people get into it. It must be a rewarding accomplishment and we thank Officer Barrientes and Falco for all their hard work to keep San Antonio safe!