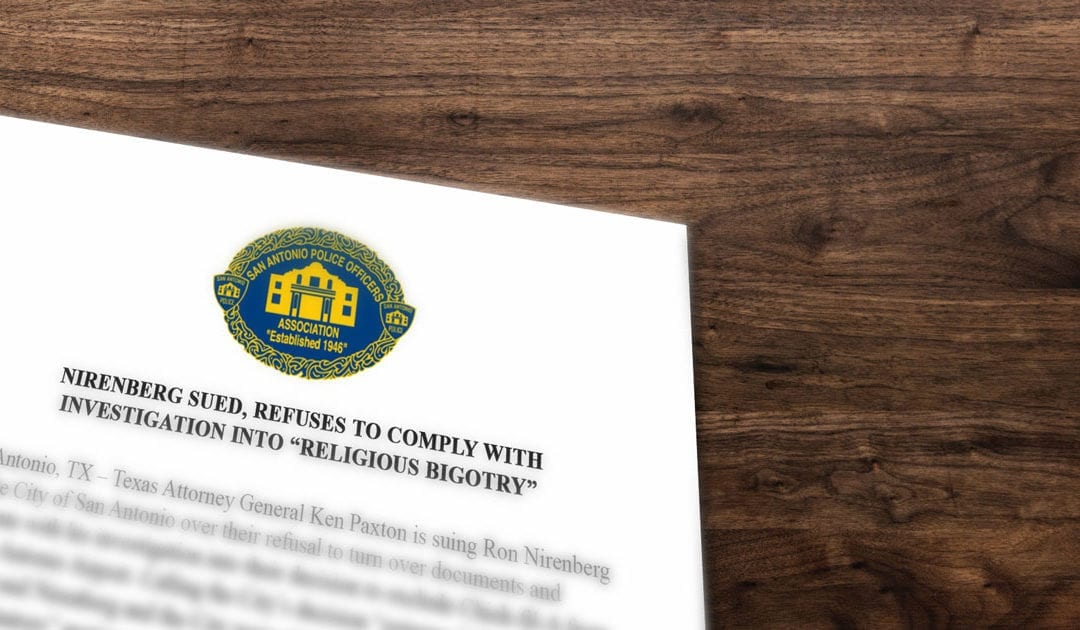 NIRENBERG SUED, REFUSES TO COMPLY WITH INVESTIGATION INTO “RELIGIOUS BIGOTRY”

“Ron Nirenberg refuses to acknowledge that he discriminated against Chick-fil-A because of their Christian faith,” said Michael Helle, President of the San Antonio Police Officers Association. “Now, he’s double-downed and ordered the City Attorney not to cooperate with the AG’s investigation. Ron is apparently scared that the investigation will reveal his true motives and the religious bigotry behind his decision to ban Chick-fil-A.”

The case is based on the Attorney General’s investigation into Nirenberg’s decision to exclude Chick-fil-A from the San Antonio Airport and whether or not Nirenberg and the City violated State Law against religious discrimination.

While Chick-fil-A’s leadership is known for their strong, personal belief in the Christian faith, one City Council Member called Chick-fil-A a “symbol of hate.” Nirenberg and other members of the City Council who spearheaded the decision did not hide their discriminatory motives at the time of the vote.