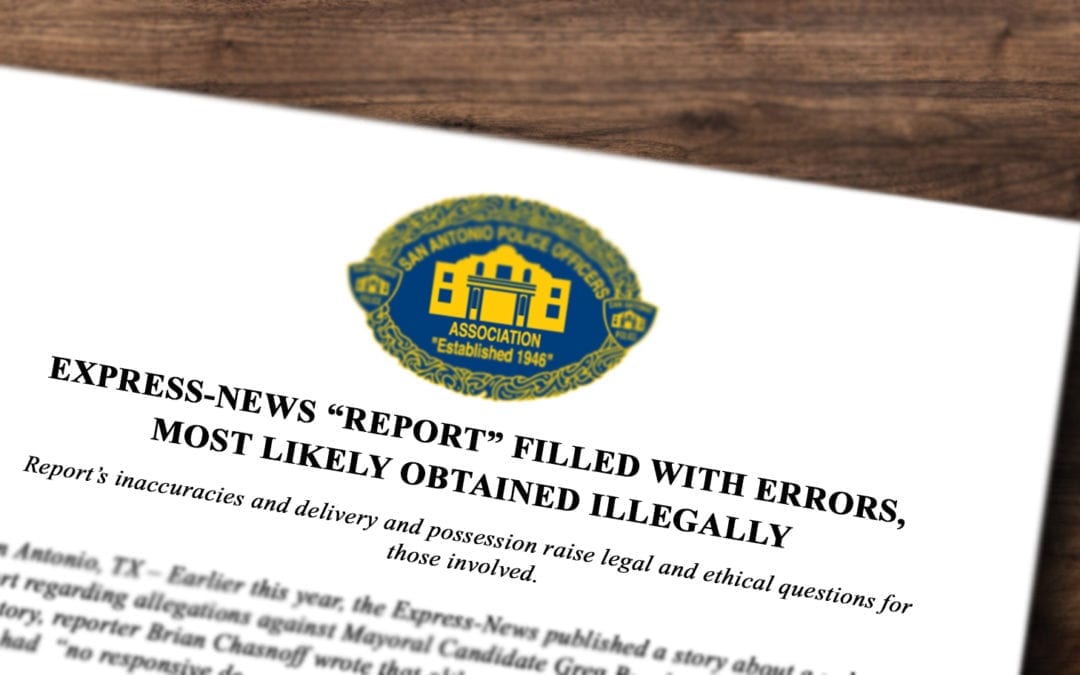 Report’s inaccuracies and delivery and possession raise legal and ethical questions for those involved.

San Antonio, TX – Earlier this year, the Express-News published a story about a police report regarding allegations against Mayoral Candidate Greg Brockhouse. In an April 1, 2019 story, reporter Brian Chasnoff wrote that although City Attorney Andy Segovia said the City had “no responsive documents,” Chasnoff nonetheless said he had “independently obtained a copy” of the 2009 report.

Brian Chasnoff’s possession of such a report raises serious legal and ethical questions about its accuracy and about how and from whom he obtained it. As such, the San Antonio Police Officers Association would like answers to the following questions:

“If the Express-News and a source at City Hall are allowed to unethically, and possibly illegally, carry out these kinds of libelous actions then no Citizen’s reputation or privacy is safe,” said Mike Helle, President of the San Antonio Police Officers Association.